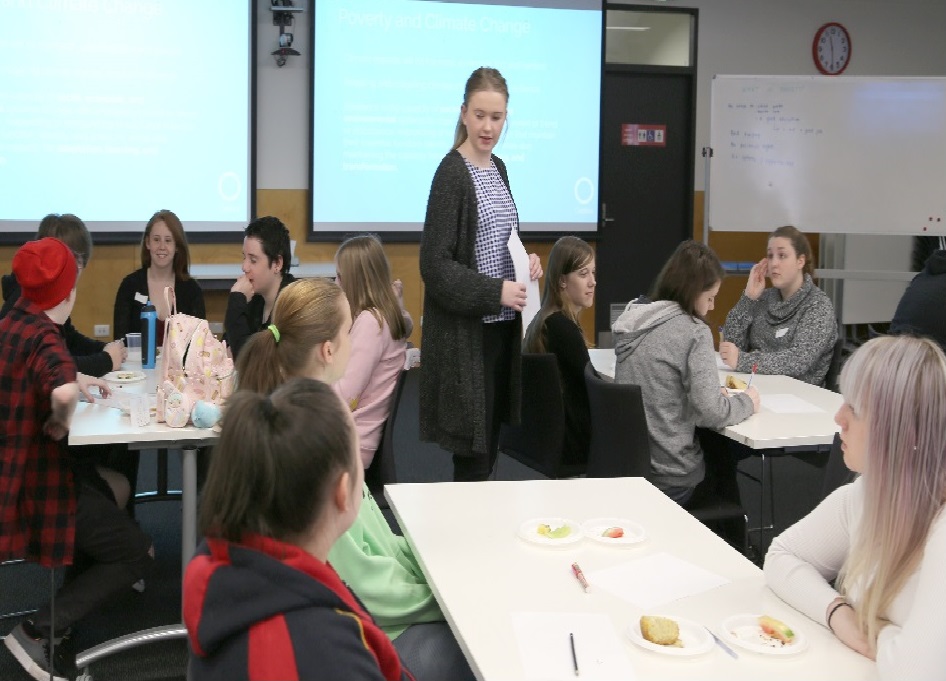 On Wednesday of week 8 the year 9s had a face to face event involving a guest speaker from the Oaktree Foundation. After a brief welcome we had a ‘getting to know you’ activity where we got to find out things like what vegetable everybody would be if they had to be one. The students then formed ‘family units’ in a simulation where each family lived below the poverty line and had to make decisions about food, water and government. The Oaktree workshop linked in with the term 2 curriculum on Natural Disasters and learning about foreign aid in developing countries. After that we spent some time playing old school board games like Jenga and Uno – a great day was had by all! Here are some words from some of the students:

From Bella:On Wednesday the 21st of June, we had our OAC incursion. We Had a visit from the Oaktree Foundation. We learned about poverty and how natural disasters impact it. We played a game where we started off with 10 dollars. We had situations and we had had to make decisions on what we would do in them, like would we buy 1 dollar worth of food or 5 dollars and would we pay for water or drink from the river. The decision would impact what would happen. My team The Majestic Sea Flap Flaps tried to go on the cheaper side and drank from the river. I ended up dying from cholera but I still had a great time and we won.

From Victoria:I really enjoyed going into school and meeting some of my classmates. The day was absolutely fantastic. We did a lot of fun activities and got to muck around even more. We learnt about communities where families were living off of $10 a week and some of the decisions they have to make. Nobody was excluded or, to my knowledge, singled out. I think it's fair to say that at the end of the day everyone had made at least one new friend, I know I did.