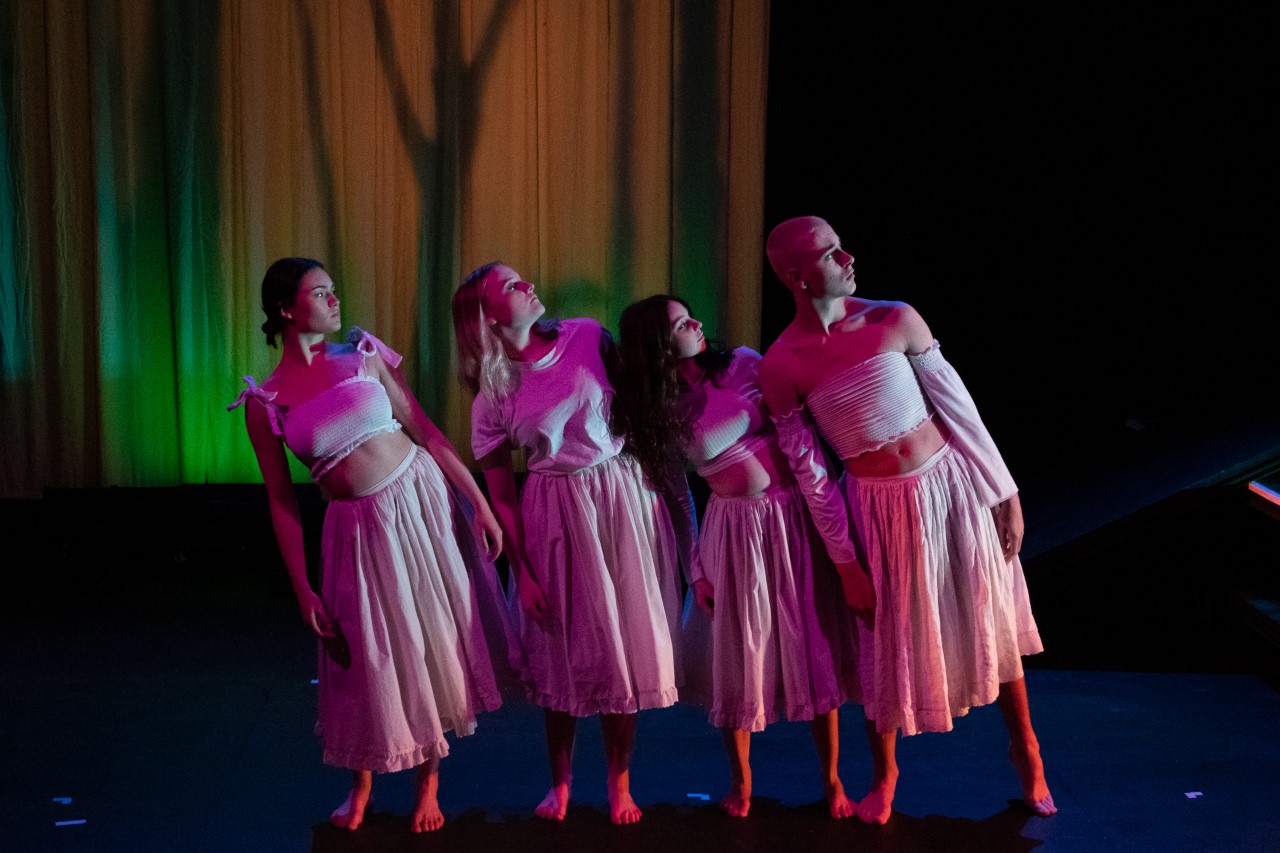 The Year 12 VSV Theatre Studies class recently presented a live production of ‘Picnic at Hanging Rock’ adapted by Tom Wright, from the novel by Joan Lindsay. It was performed at St Martins Youth Arts Centre.

Each of the 32 students were responsible for two production roles including: acting, directing, costume, lighting, sound and set design as well as stage management and publicity. This haunting piece of Australian Gothic Theatre was highly successful, and involved 26 actors performing onstage and another six undertaking lighting and sound operation as well as stage management and backstage support during the production.